Over the past 4 months, many parts of our country have experienced record-breaking amounts of rain, especially in Texas, Oklahoma, Arkansas and Louisiana. These areas have experienced drastic flooding and many reports state that areas won’t recover until the end of Summer. As you know, in the world of vegetation management, this can cause serious setbacks in clearance. Not only is the vegetation that you’re trying to manage in areas that are inaccessible, but it’s also growing at an accelerated rate. 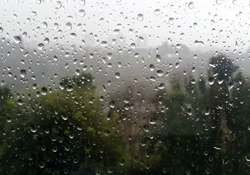 For many areas foliar season feels like it just started, but as we all know, the next few months are going to blow by. On top of that, with soil conditions where they are today, it’s going to be October and parts of the work plan are still going to be on the table. For some of you reading this, this situation is merely a possibility, but for others it’s a hard reality. Either way, we should all be preparing to accommodate this impending deadline and start thinking about how we can continue to make up ground.

While productivity is not apples to apples, the dormant season doesn’t have nearly the limitations it used to. With the current herbicide availability and application types such as tree growth regulator, basal bark and dormant stem applications, making up for lost time is much more of a reality. In addition, the dormant season comes with it’s own benefits. Brownout isn’t as big of an issue with most species dropping their foliage, making for a less stark contrast between treated and untreated brush. This creates opportunity to address those sensitive areas that would normally raise the eyebrows of the public.

Whether the rain has had a major impact on your clearance goals or not, the color change of Fall doesn’t necessarily mean the end of your herbicide agenda, but could actually be the beginning of a new one. Start making plans for dormant season work today and avoid getting your fingers caught in that closing window.