Many of us have kids and are aware that children are out of school for Summer break. While this does alleviate morning traffic to a degree, it also puts a large population of children into streets of neighborhoods, into parking lots of stores and gas stations, and a whole slew of teenage drivers on the road. 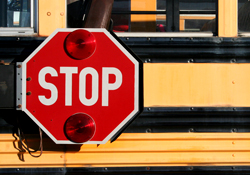 • Slow down and pay attention when traveling in neighborhoods and near parks, schools, shopping centers and playgrounds.
• Be alert for bicyclists, motorcyclists and pedestrians. They’re harder to see.
• Watch for kids at play. Children on foot and on bikes are unpredictable and may dart out into traffic. Watch out for soccer balls, baseballs, basketballs, etc that may roll/fly into roadway. Most of the time, children will follow toys without looking for traffic.
• Watch for children at the jobsite. Children are curious and will want to know what you are doing.
• Be sure to perform a safety circle walk around and look for children around trucks and possibly playing in the back of trucks.
• Remember that the longer daytime hours mean that children may be outside playing later than usual.
• Be mindful of teenage drivers who have recently attained driver’s license. Also, watch out for “Learning Drivers.”
• Look out for increased traffic. While school is out, teenagers tend to “run the roads” more.
• Be especially aware in areas that are considered to be vacation spots. The population of these areas greatly increase and out-of-towners typically are unfamiliar with the roads, leading to careless driving on their part. The number of children will also, of course, increase greatly in these areas.
• Motor vehicle accidents now have a greater possibility of involving child passengers.
• While leaving a truck idling is against policy, it’s particularly dangerous to leave a truck running where children are present.

Injuring an adult is bad, but injuring a child is infinitely worse. For those of you with children, this is something you know to be true. Let’s make sure and take extra precautions when on and off the road to ensure the safety of the children in the areas that we are working.