With warmer temperatures comes an increased emphasis on hydration. It’s very easy for our crews to lose track of time between breaks, not be aware of the amount of liquids that they’ve consumed in a day and likewise, not keep track of the kinds of liquids that they’re consuming. As Supervisors we need to ensure that our crews are being hydrated not only effectively but efficiently. 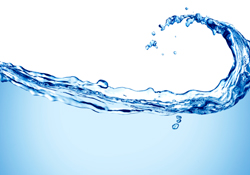 Effective hydration is related not only to the liquids being consumed for hydration, but also the amount of liquids being consumed. Liquids such as sodas, energy drinks, coffee and other caffeinated beverages (like iced tea) don’t aid in hydration, but instead dehydration, by causing the body to purge itself of liquids. The only beverages that are actually going to aid in hydration are water and small amounts of plain gatorade or powerade (not the ones with caffeine additives.)

As a Supervisor, knowing that there are only two sources of sufficient hydration, this is an opportunity to build an efficiency into your district by bulk purchasing water and small amounts of gatorade or powerade. Not only will this reduce the endless amounts of times that crews spend “going to the store,” but should also reduce Visa card purchases and control what your crews are consuming. If you’re providing these two beverage options, all other drink purchases, other than maybe what they consume with a meal, should be at the employee’s expense.

Timing is also vital to effective and efficient hydration. Since our crews will forget how long it’s been since they’ve had something to drink or taken a break, suggesting or prompting when a crews stops to take a break is a good way to take care of your staff but also to manage breaks. Educate your crews on how often they are to drink liquids and how much depending on the temperatures they are working in and the amount of time they’re working. For example, if the temperature outside is 91-95 degrees, crews should be consuming 16-24 oz. of water per hour. If the temperature is above 96, they should consume 24-32oz.